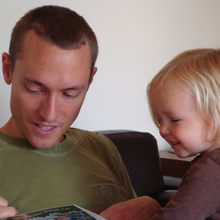 International organizations such as the United Nations and national governments are making very slow progress in addressing the social and environmental impacts of climate change. But Brandon Derman’s dissertation research shows that citizen-activists around the world are addressing these challenges in a variety of ways and in ever growing numbers. Activists are mobilizing the public to participate in social forums, grassroots organizing, and innovative demonstrations, in order to pressure their legislators and governments to action. They are creating new forms of engagement involving significant numbers of people. “I am particularly inspired by groups like Friends of the Earth, whose international advocacy is based on political economic analysis and social justice for affected communities, and the NAACP’s climate justice initiative, which links the unequal harms of climate change with the American Civil Rights tradition,” he said. Brandon’s research on new social movements contributes to cutting edge research examining global forms of environmental justice and activism.

After attending the University of Michigan for his undergraduate studies, Brandon attended Hunter College CUNY for his Master’s.  After “my wife and I discussed it over a very large jigsaw puzzle,” he decided to come to the University of Washington for his doctoral work. “UW appealed to me as a setting in which I could build on my earlier experiences, explore my growing interest in social theory and work more directly on issues of social and environmental justice,” he said. His research has given him the chance to intervene in debates about social activism and climate change outside of those happening in journals, but he’s come to realize that the audience of his dissertation is coming more and more into play. His target groups include not only the ones he studies, but also students outside of classroom learning, activists and geographers. But Derman isn’t just researching climate justice activism, he’s also participating in it. As an observer at demonstrations and other events, he reflected that it was often times difficult to be a researcher and not be extremely involved. He cites the most difficult part of his work as being moving from the empiric to the analytical aspect of writing, and hopes to make both an intellectual and a political contribution to the field.

Since beginning his doctoral work, Brandon has successfully juggled the demands of research and writing with family responsibilities as he and his partner Anne have welcomed their daughter Lucy into their lives. Her presence makes Brandon’s research all the more compelling and pressing, because as a parent, he thinks about larger goals and values.