Dr. Saida Grundy delivers “A History of Anti-Black Violence Tells Us Attacks On Black Academics Are Not Ending (I Know Because It Happened to Me)" at our March 10th Colloquium 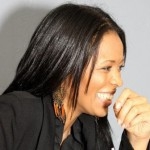 Abstract: The recent return of the American Far Right to the political center and the concurrent normalization of White nationalism has left many in mainstream America wondering how our country arrived at this moment. Many leftist and centrists Whites have even assumed that this political phenomena is new and novel. This presentation is an effort to correct much of this misunderstanding by using right-wing attacks on Black academics as an apparatus for connecting histories of racial violence in this country to the current White backlash against perceived Black advancement. Through an anatomy of these anti-Black attacks on academics—of which the author herself was targeted-- this discursive essay explores two processes: First, what these attacks do to Blackness and, second, what this violence does for Whiteness. In the former, this work explains that attacks on Black academics are first and foremost anti-Black attacks, not dissimilar to innumerable attacks on visible and high-achieving African-Americans in other arenas. The intention is to terrorize Black progress on the whole by targeting individually high-achieving African-Americans. Regarding the latter position, the author explains the generative nature of these attacks in producing and reproducing collective White identities across region, age, and newly digitized spaces. In a current moment in which a widely propagandized narrative posits that Whites are losing footing in the American racial hierarchy, the digitized mob violence of these attacks provide social rituals for reaffirming white hegemony. This discussion concludes with an explanation for why the author believes these attacks will continue with regularity.